Sibos Vote: electronic Bills of Lading are No. 1 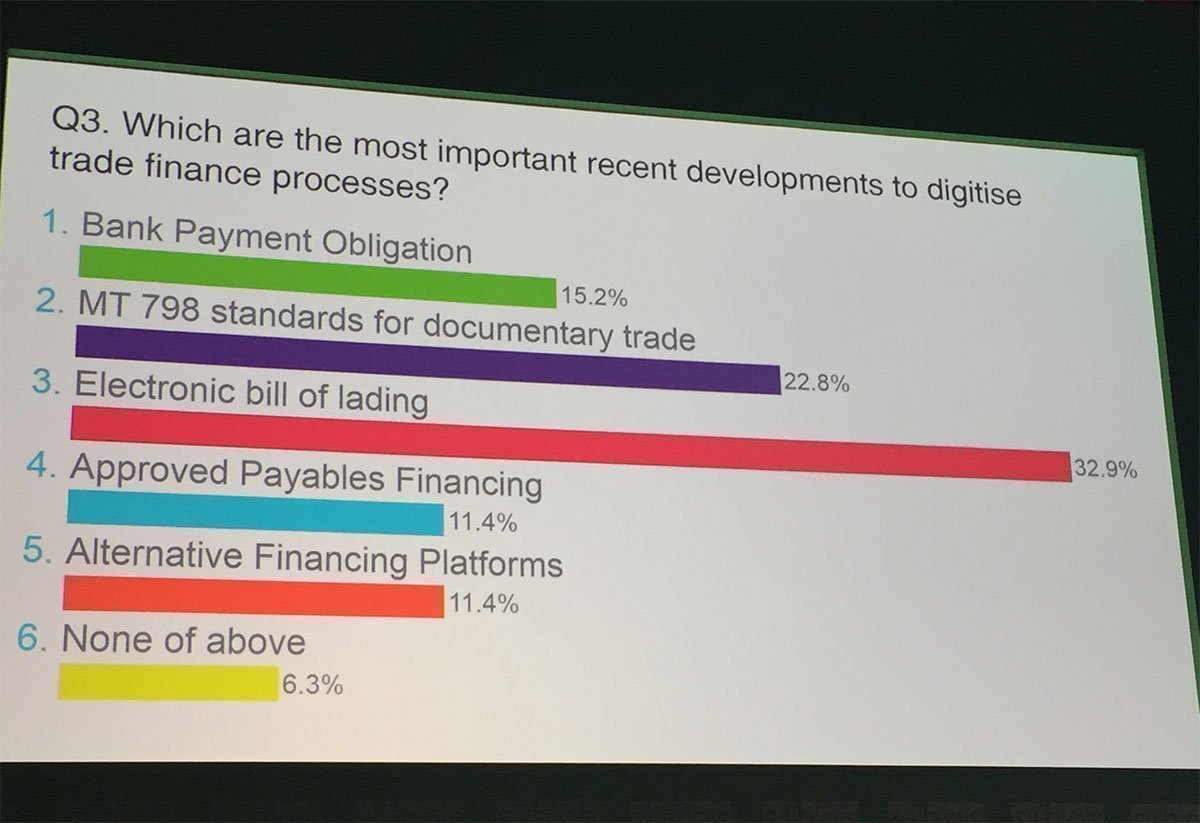 At a recent panel discussion during Sibos, the annual SWIFT conference, leading banks and corporates voted electronic Bills of Lading (eB/Ls) as the most important development in digitizing trade finance processes.

Why might you ask is that worth a blog?

There are around 30 million* paper bills of lading couriered across the world annually. If you take into account non-negotiable sea waybills this figure doubles. This significant amount of paperwork represents the $13.3 trillion** of goods shipped by water annually.

What is critical about Bills of Lading is that they are title of the goods, meaning that you can literally sign-over the rights to the goods covered in a Bill of Lading by signing it on the back and handing it to your buyer. This title function means that Bills of Lading are used as security by banks financing much of this global trade. As digitization of industries accelerates globally, the original electronic Bill of Lading is a key part of digitizing international trade and in turn trade finance.

Unfortunately, companies involved in trades under letters of credit or document collections cannot digitize their trade processes until their banks are ready to transition as well. That causes a huge catch-22, where banks are unwilling to spend the time to transition to electronic trade finance until a critical number of their key customers ask them to do so; while at the same time their customers are unable to even test digital processes without banks to test with.

With banks and companies now agreeing that electronic Bills of Lading are a critical part of their paperless processes, it is clear this impasse has been met and that the digitizing of trade is set to accelerate significantly in 2016.

* My back of the envelope calculation; no warranties given on this figure

**Based on UNCTAD estimates of the value of world trade in 2014 and their calculation that 70% of these goods are carried by sea.

Note: Thanks goes out to Nick Demetriou and Iraklis Perdikidis for their invaluable research and to Andre Casterman @ SWIFT for undertaking the above quoted poll.