Please see below for our latest release notes, covering the most recent feature additions and solution improvements to CargoDocs.

If you have any questions, contact us on productrelease@essdocs.com.

On November 28th 2016, we rolled out our new release – CargoDocs 16.3 – with a host of improvements to both our DocEx and DocPrep+ modules.

The new features incorporate changes that came about following our user feedback workshops with customers from around the world. The sessions were run with charterers, agents, shippers, owners and traders, analyzing their requirements and improvement suggestions before implementing them in the latest release.

Below is an overview of the changes rolled out on November 28th 2016:

Any eBL signing will now require an extra step of the signer confirming that they have approval to sign an eBL or Approving and Amendment.

The system will now allow the party requesting the Print Convert to select whether it wants an electronic endorsement stamp to appear on the back of the Converted Bill, or if it wants a blank back on which to apply a manual endorsement stamp. 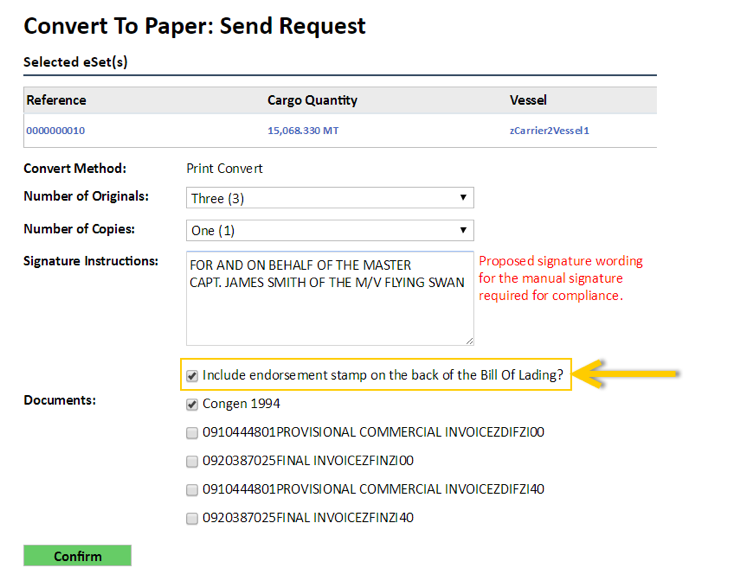 The owner initiating the Print Convert can now email Print Converted BL/s to an agent not signed up to the essDOCS Platform from within DocEx. 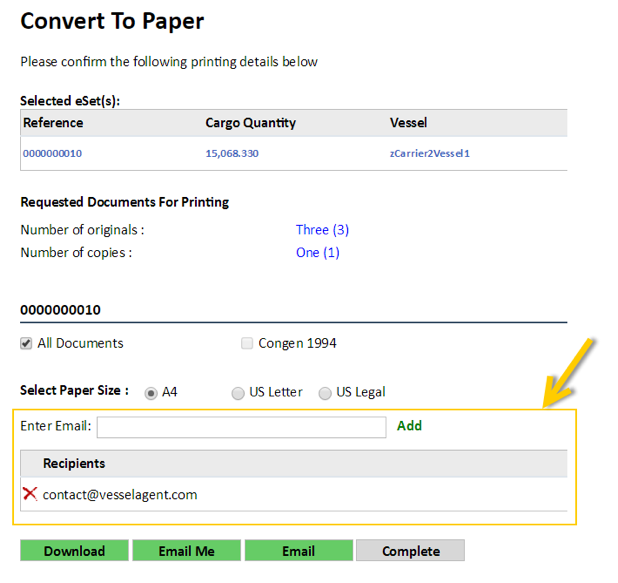 Ability for party initiating the Print Convert to stipulate the manual signature required:

Users requesting a print convert can now enter signature instructions in the marked box to propose a manual signature for the owner or carrier agent who will be signing the paper BLs, to ensure it is consistent with the signature that is acceptable to its bank.

The DocPrep platform has undergone some UI upgrades to make the creation of documents an enhanced experience.

One of the major changes is grouping similar and renamed documents together in one dropdown.  The platform also remembers any document name changes used for the last 90 days and adds them, or removes if unused.

Adding a Surveyor to a shipment:

Users can now add Surveyors to their shipment, allowing a docset to be shared with them.  The drafter can also add a PDF placeholder for the surveyor to upload into.  Surveyors can also eSign documents now.

For any additional information or requests for training, please contact the essDOCS Product team on productrelease@essdocs.com.