If we could assign a single, overarching theme to capture the core essence of our news flow during the past year, and more so over the last quarter, it would most certainly be Trade Digitisation. The 2015 focus-shift towards digitisation tells a crucial story in its own right - illustrating the industry's desire to take a more holistic approach towards going paperless, broadening the scope of digital uptake to incorporate new technologies and solutions that are certain to propel paperless trade to new heights in 2016.

On that note, we'd like to once again wish you all a great New Year, as we renew our commitment to further enabling your ongoing journey to digitised trade!

A new Digital Era for Trade: According to JP Morgan, Trade Digitisation is sure to dominate the Corporate and Bank agenda going forward more than ever before (source: Sibos Blog via JP Morgan). + READ MORE

Digital Trade Developments: TradeFinance Training weighs in on the need to digitise trade finance, providing an overview of key technological developments and the perceived challenges ahead. + READ MORE

Why Paperless is More in Trade Finance: essDOCS Consulting's Jacco de Jong on how Paperless Trade Finance is disrupting traditional products and delivery channels no differently than digital services like Netflix & Spotify (source: essDOCS via Financial IT). + READ MORE

United States Mandates Use of e-Invoicing by 2018: The US Government moves one major step closer to 100% paperless processes by mandating the use of eInvoicing (source: Taulia Blog). + READ MORE

The State of FinTech in 2015: A brief yet insightful Infographic on the biggest FinTech trends and deals of the year (source: Bobsguide.com). + READ MORE

Introduction to essDOCS (VIDEO): essDOCS releases its first ever corporate video, an animated introduction to who we are, what we do and how we do it - the first in a series of more to come. + READ MORE

BBVA sings on to CargoDocs: Becoming the 1st Spain-headquartered bank to adopt the solution. + READ MORE

Panama embraces CargoDocs: First ever use of CargoDocs electronic Bills of Lading for a shipment into Panama. + READ MORE 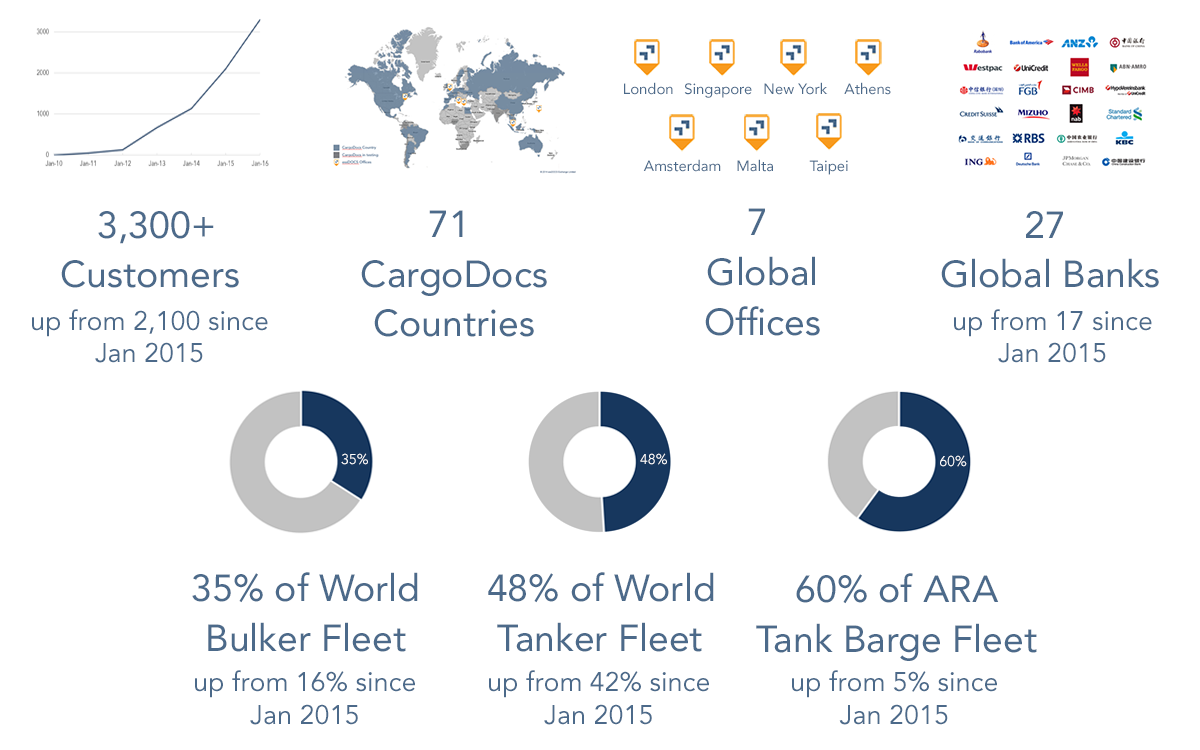