Discharge of cargo without original Bills of Lading and Letters of Indemnity (LOI): One of the biggest risks a Shipowner or Charterer can take, according to HFW's recent Shipping Briefing. + READ MORE

China to Build Autonomous Ship Test-Bed: Expected to be the country’s main base for research into autonomous ship technology, including obstacle-avoidance tech, over the coming three to five years (source: Maritime Executive). + READ MORE

7 things we learned about IoT Smart-Products: An overview of innovative tech trends, including end-to-end supply chain visibility and how IoT enables products to be followed as they move through the supply chain (source: Evrythng.com). + READ MORE

Blockchain in Trade – are we missing the point?: For all its potential, Spendmatters argues that blockchain technology must still address how trade ecosystems behave and interact with one another. + READ MORE

The digitisation of trade’s paper trail may be at hand: The Economist provides an overview of digital trade initiatives, arguing that administrative (as opposed to technological) hurdles must still be overcome to enable mass adoption. + READ MORE

Blockchain is 'one of the most overhyped technologies ever,' Nouriel Roubini says: Prominent economist argues blockchain is unlikely to remove the need for financial intermediaries or instantly replace existing banking systems (source: CNBC). + READ MORE

Blockchain Forces New Conversation About The Trade Finance Shortage: PYMNTS argues non-bank lenders have failed to address the $1.5T trade finance gap and whether blockchain could have a role in addressing the shortage. + READ MORE

CargoDocs Charterers Case Study: Find out how Charterers using CargoDocs can save anywhere between $40K to $400K per year via our solution. + READ MORE 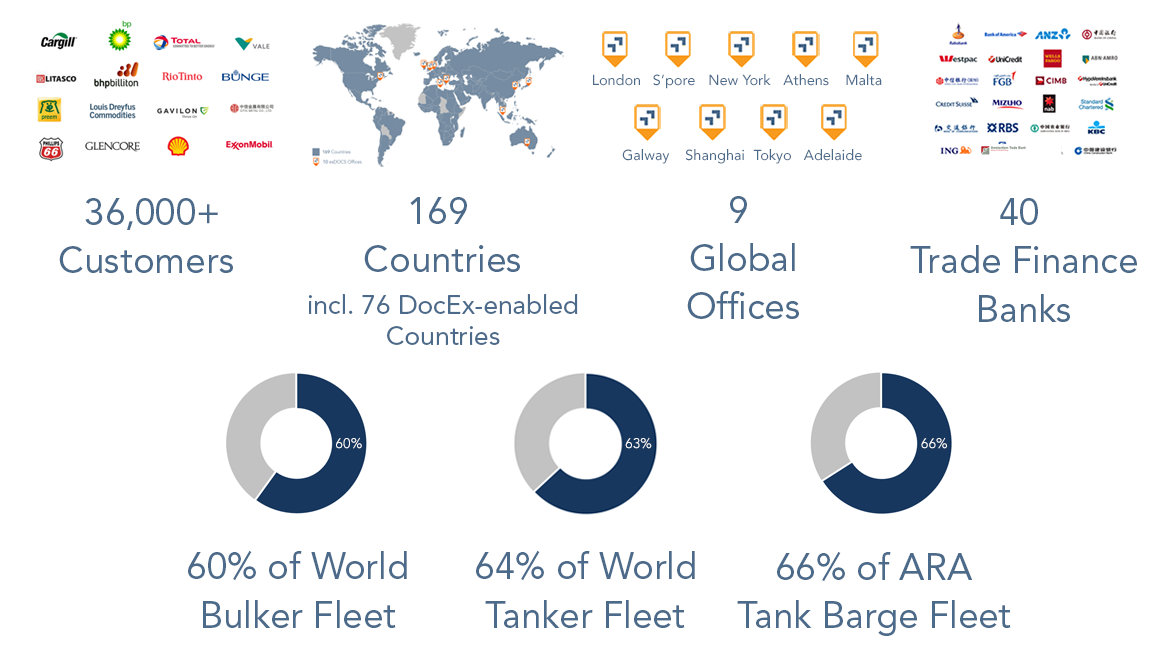