Our very own Alexander Goulandris has been awarded European CEO magazine’s European CEO Award 2015 in the Trade Technology Solutions category.

According to European CEO, the prestigious accolade celebrates leaders in those fields that the magazine’s readers and constituent panelists feel are making strides in their world and can help transform economies - recognising product, functional, strategic, and managerial innovation in companies and individuals showing commercial insight and global market integrity.

A recent press release issued by the publication mentions that “by recognising what it is that differentiates the best from the rest, the European CEO Awards offer an insight into not just the greatest institutions and individuals of the moment, but also where the European climate for business is headed.” 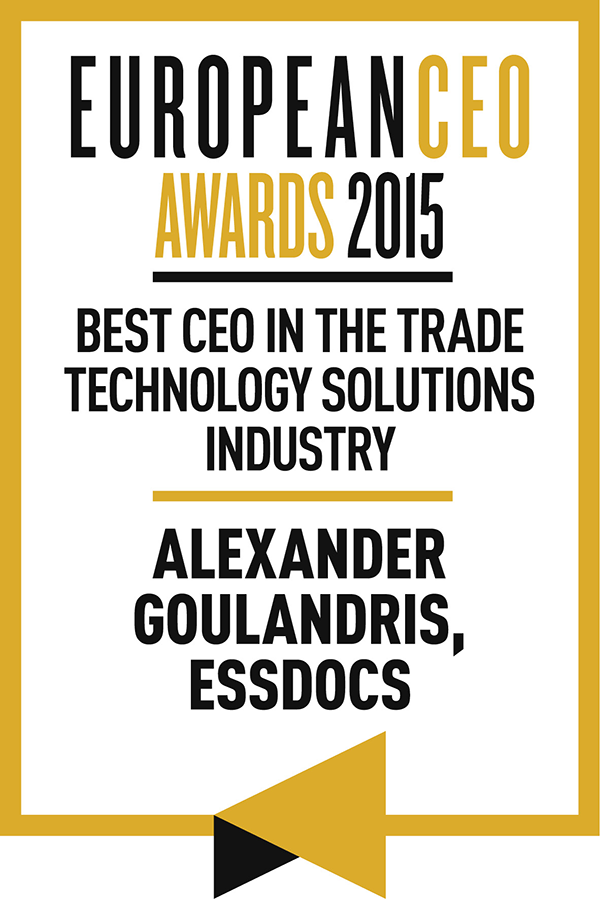 2015 winners in other categories include world-renowned executives such as JPMorgan's Jamie Dimon and BHP Billiton's Andrew Mackenzie, to lesser-known CEOs of cutting-edge organizations making a difference in their chosen area of expertise and the wider community today.

The awards will be officially announced in a supplement distributed with the magazine’s annual Davos World Economic Forum issue in January 2016.