Another major step towards Paperless Agri

Agribusiness moved one key step closer to paperless trade this month when members of the IPPC from 50 contracting parties came together and agreed on how to make an ePhyto Hub a reality.

In Agri trades the three most important documents consist of the Bill of Lading, Certificate of Origin and Phyto. The electronic Phyto, or ePhyto, is therefore a critical component of a paperless Agri transaction.

The IPPC developed its ePhyto standard between 2011 and 2014. Since then ePhytos have been used under bilateral agreements between a limited number of countries such as Holland, USA, China, Australia and New Zealand. The transition to ePhytos, however, has been hampered by the need for NPPOs to integrate their solutions on a country-by-country basis and by the fact that both countries needed to have a national system with ePhyto capabilities.

In 2015, the IPPC mooted the idea of a Hub to solve these two problems which would: (a) allow NPPOs to connect to all other Hub-connected NPPOs via a single interface; (b) provide a simple national Phyto system for countries that didn’t currently have one.

The Commission on Phytosanitary Measures, the governing Body of the IPPC, approved the creation of the ePhyto Hub in March this year and funding for the Project has since been raised from the Standards and Trade Development Facility (STDF), which is part of the WTO.

The IPPC Symposium was set up to determine exactly when the Hub will be built, which countries will be participating in pilots, as well as to collect input from various industry associations such as Union Fleur, Canada Wood and NAEGA. 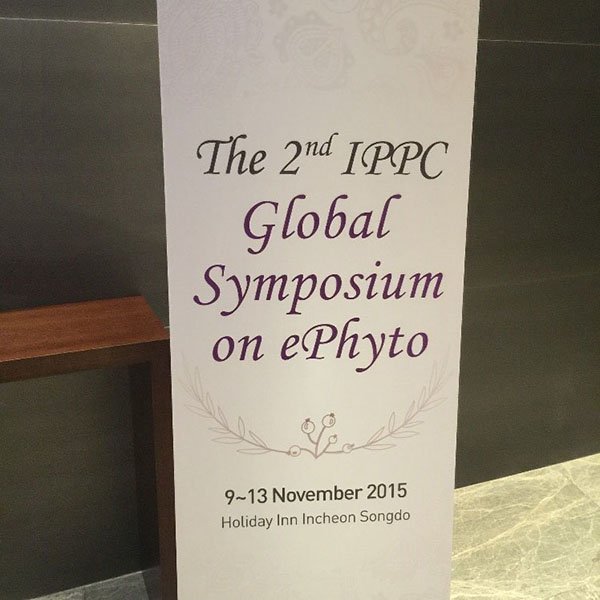 The conclusion of the Symposium was that pilots will commence mid-2016. These will consist of 8-10 NPPOs testing the Hub and a further two countries testing the generic National system.

Although there is still some work to be done, the significance of the upcoming pilots cannot be understated. Agribusiness stakeholders and national authorities are taking clear, strategic initiative in making paperless Agri trade a reality – a major step forward in the right direction.

Note: My thanks go out to the Korean Animal and Plant Quarantine Agency and the IPPC Steering Committee for the kind invitation to share essDOCS’ experiences at the Symposium. It was both a wonderful and well-organized event.